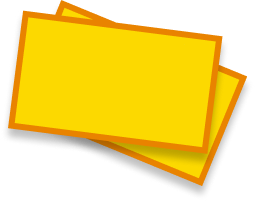 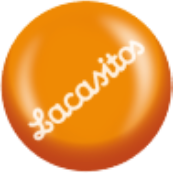 LACASA, our home, was founded in Jaca (Huesca) by Antonio Lacasa in 1852. From the beginning it was dedicated to selling chocolate that he made himself. In 1928, 500 kilos of chocolate were produced daily in four varieties: a la taza, with chopped almonds, superior and extra superior. Later LACASA moved to Zaragoza, where it specialized in the manufacture of nougat for bakeries, handmade chocolates and, above all, chocolate nougat with almonds. 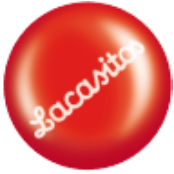 On June 13, 1982, Lacasitos was born, inaugurating a market that did not exist until then in Spain. Its rapid success led the company to invest in the construction of a single-product line at its Utebo facilities.

Around 1983, with Lacasitos consolidated in the market, another manufacturer appears with a similar product, which forces, to mark the difference of products, to sign each dragee. It was a great idea marked by necessity. "They are only Lacasitos, if it says Lacasitos". 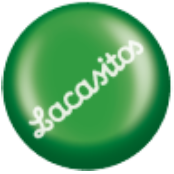 We are the brand of fun, we have set out to transform the boring into fun, and not only do we have different colored dagrees, but we have also managed to combine the endearing character and delicious flavor of Lacasitos with a more innovative side, which is reflected in a wide variety of formats full of fun and games aimed at children, such as crayons, dispensers, fans, etc. 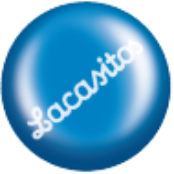 Because you are part of this success, you have made it possible that during all this time Lacasitos continues to fill the world with fun. And for all this we want to celebrate with you in the best way we know how, filling your day with color and flavor #Los40deLacasitos. 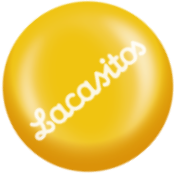 Lacasitos have lost their colors... Can you help us to recover them? Lacasitos makes everything fun, and from now on, it is materialized through this new family plan. From the hand of the leader of the sector, as is Coco Room, Zaragoza is the first place that hosts this escape room Lacasitos, but soon will travel to other parts of the Spanish geography bringing fun everywhere! Do you dare to discover it?

With its creation, the Lacasitos tube was also born, one of the most iconic packaging of the brand and of the chocolate market.

Many children have learned the colors with the Lacasitos dagrees.

Today, Lacasitos are exported to 40 countries on 5 continents.

With all the Lacasitos manufactured annually, we could circle the Earth 2.5 times.

In 2017, a tube of Lacasitos was launched into space.